Since its inaugural debut in Sydney in 2000, nearly 600 athletes, both men and women, from all over the world have competed in the four Olympic Games where triathlon has been a recognized sport. Taking it one step further, athletes representing seven different countries have also had the privilege to not only compete in said Olympic Games, but have been named the best in the world and have stood at the top of the Olympic podium wearing a gold medal.

But of those 600 athletes, none of them have come from India.

Pooja Chaurushi hopes to change that.

Chaurushi is a developing triathlete from India, who just recently moved to the United States to train with Coach Boris in Round Rock, Texas. 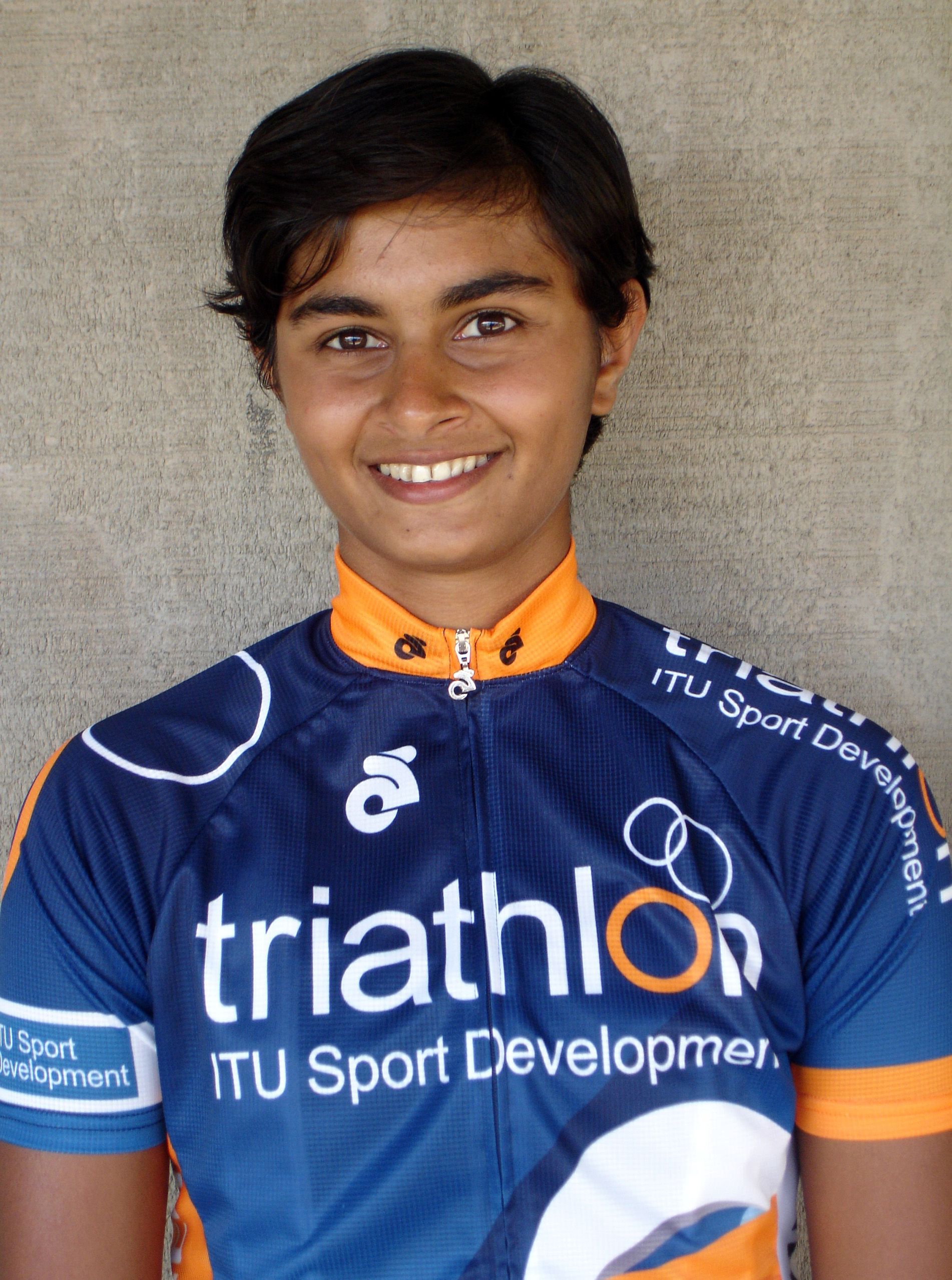 Starting out as a swimmer at the age of nine years old, she quickly started participating in aquathlons in order to increase her endurance level. Her skill at the run-swim-run format gave her opportunities, such as competing at the National Championship as well as the Triathlon Junior Squad Selection Camp in Chennai in 2004. It was at that camp that Chaurushi was introduced to triathlon.

However, the expenditure of the sport prohibited Chaurushi from continuing. It wasn’t until 2006 when she won yet another aquathlon that the National Federation took notice and insisted she compete in triathlons. With a borrowed utility bike and an ounce of excitement, she went on to become a National Champion in the Olympic distance.

But now, five years later, Chaurushi has set her sights on something bigger when it comes to her triathlon career. After taking a break from the sport to concentrate on her studies, she has spent the summer getting back into training with the hopes of one day becoming the first Indian triathlete to make it the Olympic Games.

“I want to represent India at the Olympics. Subsequently I would like to develop a strong team of triathletes in India and its neighbouring countries so that they can have good exposure of the sport in near vicinity,” said Chaurushi. 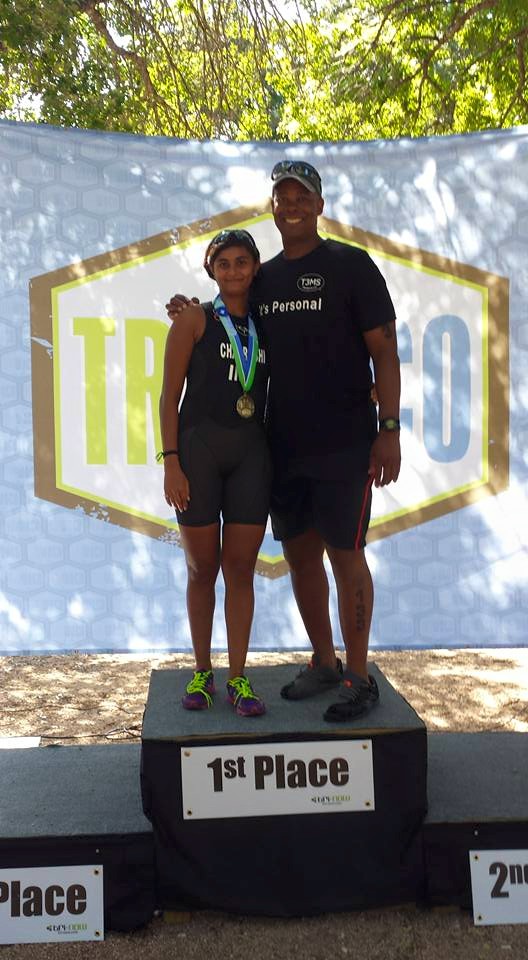 In order to fulfill that dream, Chaurusi knew that she needed to train in a place where she would have the most opportunities available for her. India currently does not have a National coach, and Pooja found she was practicing a lot on her own, so she knew she needed to find someone who she could work with.

“Pooja contacted me via email stating she was looking for a coach and a team training environment. I responded with additional questions after researching her online and via the ITU website. We communicated via Skype so I had a much better idea of who she was and what she wanted to accomplish,” said Coach Boris. “I consider myself a long term investor and have always focused on development; I saw a developing athlete that wanted to get better and reached out to me so I accepted.  She didn’t have the training access or equipment resources in India.”

Boris G. Robinson has been coaching developing triathletes for over 26 years and is the current Team Director of T3Multisports Youth Triathlon Academy and Elite Junior Cycling.

Since working with Coach Boris, Chaurushi has been able to improve her skills in all three disciplines, but has seen the most benefits come from her improvements on the bike.

On their training strategy, Coach Boris said, “Our strategy is to focus on skills, technique and tactics. We work the basics, then apply them under stress. There are no secrets really; it comes down to having confidence in your training and execution on race day. Pooja’s strengths are a willingness to learn, desire to improve and ability to grasp concepts quickly; she also has a solid swimming background. But the biggest areas of improvement are her handling skills and power on the bike, in addition; her off the bike running.” 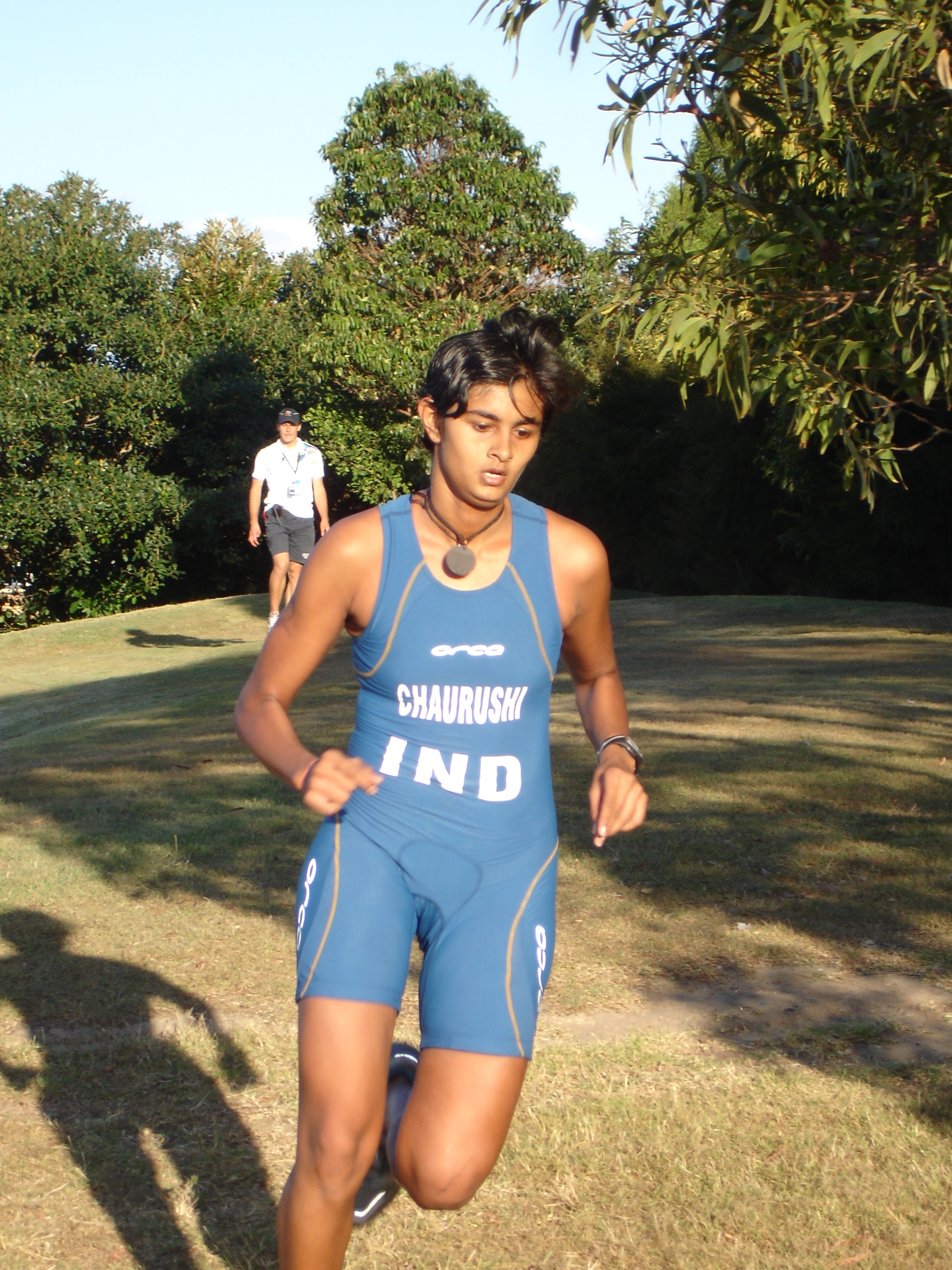 Training in the U.S. was a decision made by Chaurushi so that she could grow in the sport and benefit enough from the opportunities that the country has to offer. While triathlon continues to grow all over the world, India remains a nation that has a lot of potential talent, but a lack of coaching, knowledge and competitions hinder producing the right environment and tools to help athletes become the best that they can be.

However, athletes like Chaurushi, along with Anuradha “Anu” Vaidyanathan, who is a female Indian triathlete who competes at the Ironman level, or Madhurjya Borah, who wants to be the first male Indian Olympic athlete, are helping close the gap.

Chaurushi shared her thoughts on the growth of the sport in her home country, “Nowadays a lot of cyclists and runners are taking interest in participating in triathlon, but either they don’t get the chance or they don’t have enough knowledge about the sport or its competitions. I have personally experienced the scarcity of tournaments. I think that athlete/coaches development camps, if organised in India, can create more awareness about the sport.”

But the greatest awareness of all, would be earning the honour of having millions of Indian people watch a young Indian woman make national history and step up to the triathlon starting line representing her people at the Olympic Games.

“To represent India at the Olympics would be a proud moment for me and my country.  Very few female athletes from India have had such a chance, but some of them have gone on to reach to the podium. I also want to be one of them, I may become the first triathlete from India who may represent at the Olympics in sport of triathlon. This may also bring the revolution in India for triathlon and will increase the popularity of triathlon in India, more and more athlete will tend to participate in this sport.”