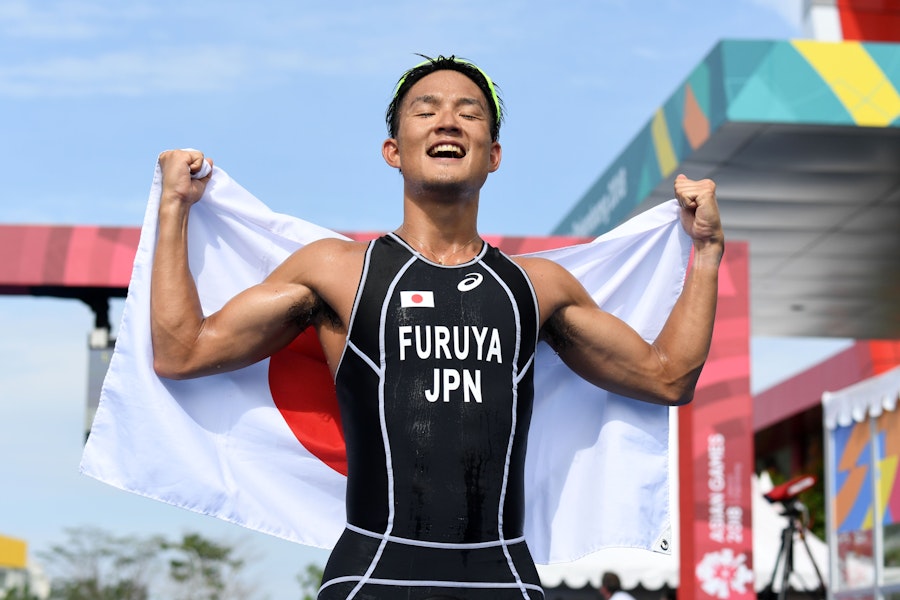 Japan’s Jumpei Furuya won gold at the 2018 Asian Games in Palambang in both individual and mixed relay events and has had 10 wins and made it onto 24 podiums over his triathlon career. Furuya started the 2019 season with two medal performances in the opening Asian Cup races, but battled with injury for the remainder of the year. We caught up with Japan’s triathlon superstar to look back over 2019 to hear how he battles the ups and downs of high-performance sport, what it means to race on home ground and his personal goals for 2020.

—
What has been the high point of your season?
This season was a discouraging one for me and it didn’t really have any high points. If I were to give one good point it would be that I have recovered from roughly half a year of injury and have been able to resume training towards the 2020 Tokyo Olympics. This season didn’t go as I had planned so as much as I had to just tough it out, I want to make equally big improvements next season.

And the low-point?
As I mentioned, this was really a tough year, with injuries and not being able to train and not even being able to finish some races I’d entered.

Can you remember your specific pre-season targets and did you hit them?
I put a lot of priority on placing well in the Abu Dhabi WTS, the Hamburg WTS and the Tokyo Test event, all of which were Tokyo Olympic selection races for us, but in all of these I was forcing myself to race with injuries and without having been able to prepare at all properly, so naturally I couldn’t achieve my targeted results.

If you could change one moment from the 2019 season what would it be and why?
I probably don’t need to even say this, but the worst moment was when I injured myself.

Which athlete has impressed you most this year?
I got goosebumps watching Kristian Blummenfelt’s performance at the Lausanne WTS Grand Final. He exuded a tenacity to win and a strong, never-give-up mentality making me think I would like to be able to race like him. His long sprint to leave Mario Mola behind on the run was just fierce.

What was your go-to TV show or film when you were on the road?
I don’t watch much TV or go to movies often, but I do read a lot of novels by the famous Japanese author Keigo Higashino.

Where was your favourite race venue in 2019?
Of course that would be Odaiba, where the Tokyo Olympics will be held. Both the course and the atmosphere are fantastic.

What was the biggest thing to happen to you in 2019 outside of triathlon?
My friend’s son who i’ve really liked since he was born finally let me hold him!

What personal goals are you setting yourself for 2020?
That would be to do my part as a member of Team Japan and capture a medal at the Tokyo Olympics together.