For the second time in this year’s annual photo competition, an airborne athlete takes the cake so to speak with an overwhelming 39% of the votes.

With the Chicago skyline in the background, Austria’s Alois Knabl soars through the air like an animal on the hunt. With his body taught, legs stretched out, torso lurching forward, arms curled ready to spring, the shot frozen in front of a majestic city reflects an awesome blend of sport and culture. 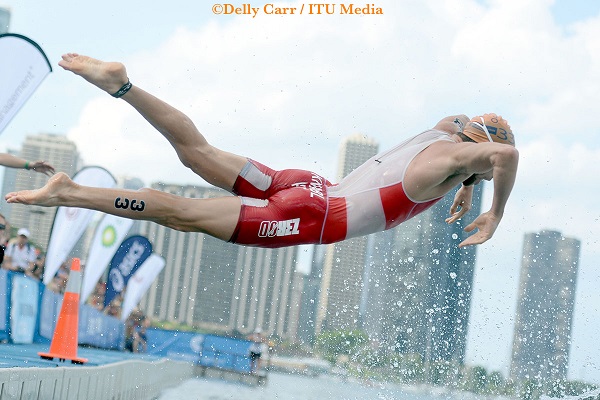 It was a much tighter battle for the title of runner-up, but in the end it went to the photo that has become known as the “Abbey Road” of triathlon.