While the last two weeks have seen close votes across the eight selected photo, this week there was one clear winner with a massive 37% share of the vote.

Jodie Stimpson started her season with a bang winning the first two World Triathlon Series races out of the gates. She looked primed to steal another top spot when sizable group entered T2 together, with Stimpson think in the pack.

But as she went to rack her bike, the Brit found herself caught up in her own wheel and was sent spiraling to the ground. While the crash ended any hopes of a podium, the tough cookie finished the race and ran to ninth place despite requiring stitches after the event. 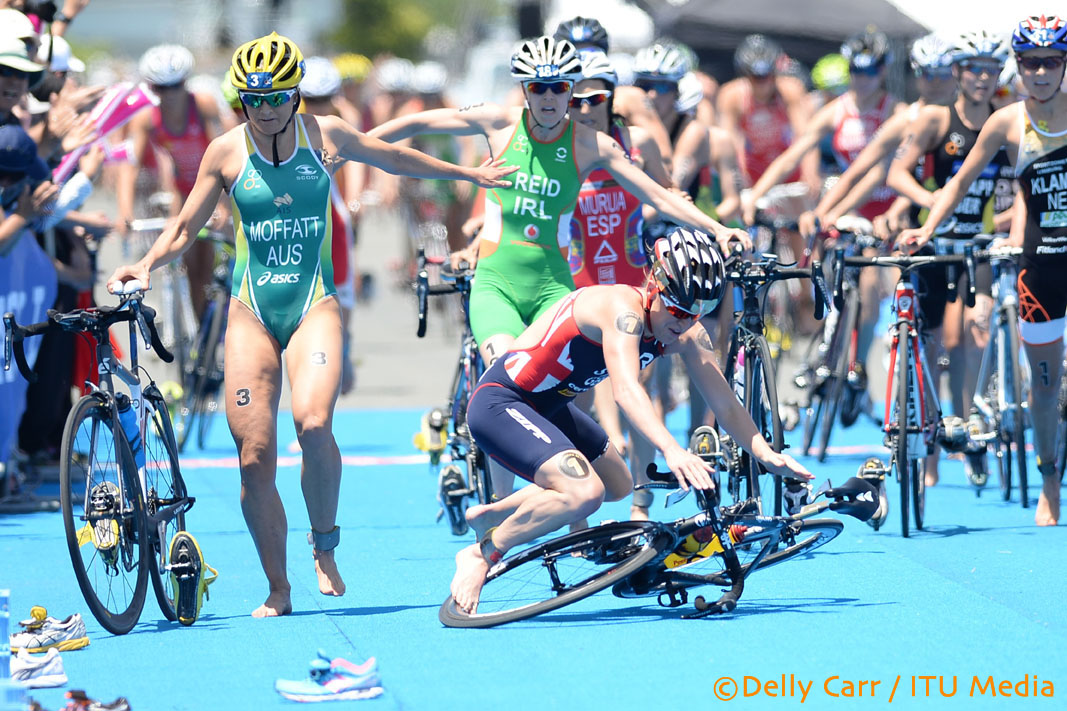 Here’s what the Photo Ninja had to say of the photo:

“I was lining up my usual trademark shot of the mania and confusion that is called ITU World Series Transitions. I think it is one of the most exciting and visual moments in the race.  Then I noticed that the confusion and disorder jumped up to another Defcon level. Jodie was down and other highly ranked athletes doing their best to avoid the carnage by swerving and leaping. It wasn’t till after the race, editing my pictures, that I noted Jodie’s bare foot tangling amongst the bikes spokes. Ouch.”

"Playback the Athlete Development Model Webinar on Physiological Attributes at the World Triathlon Education Hub and… twitter.com/i/web/status/1…" - 6h ago...