Paving the way: From female elite athlete to coach 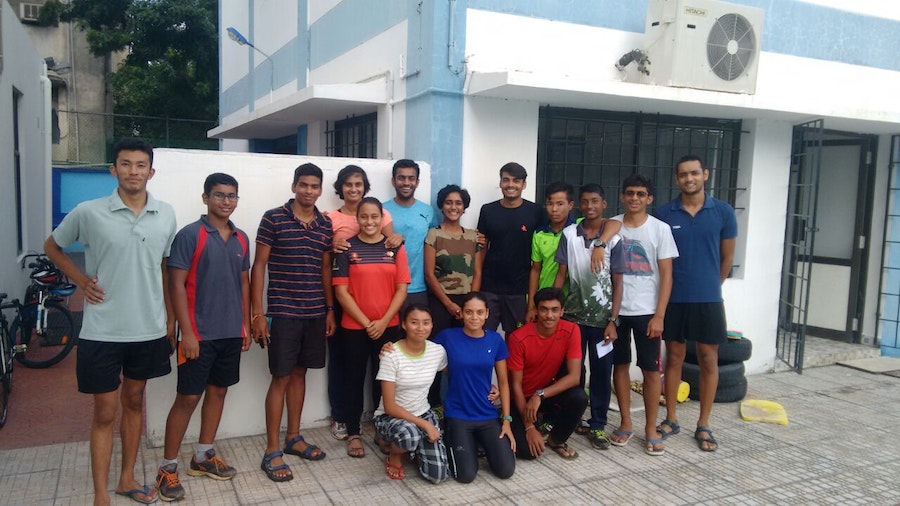 It is always inspiring to see strong female role models within triathlon, paving the way for future female athletes. Pooja Chaurushi, born in Ahmedabad, India, is a seven-time National Triathlon Champion, as well as winning more than 210 medals, including 12 at International level. She is the only triathlete currently to represent India at the Asian Games and the World Triathlon Championships. But after a fruitful career representing India as a triathlete, she decided to shift her focus to giving back to her sport.

Pooja now dedicates her time to coaching and the development of upcoming triathletes as an ITU certified Triathlon Coach. In mid-2016, she introduced Tri Sports Academy, where she provides training for Triathlon, Duathlon and Aquathlon. Most recently, Pooja was honored as a brand ambassador of South Asian Triathlon Association.

“When I was an athlete, initially triathlon was not so popular sport in India but with my achievements and participation in ITU races, it started getting popular. During my entire career, I faced the challenge of not having any triathlon specific coach in India and it took me very long to learn tactics and also there was no good infrastructure for triathlon here”, she said.

That’s when she decided to become a coach, right after her retirement from her competitive career. “In July 2016 the Secretary of Surat Tennis Club approached me for the guidance for his son’s training for a recreational triathlon event. He suggested to take a training camp for triathlon in their club, so I grabbed this opportunity and organised a 15 days camp for triathlon, duathlon and Aquathlon at the club.  Initially, it was little difficult for me to work with amateur athletes, but after the camp, athletes found a visible change in their performance and techniques in all three games” remembers Pooja.

“After the camp, and with the help of my brother, we started a multi-sport academy (TRI SPORTS ACADEMY) at my place. Currently, we have more than 50 athletes at our academy who are training for Triathlon, Aquathlon, Duathlon and individual sports like cycling, swimming and running”, she explained.

“In March 2017, I came to know about ITU coaches course in Dubai. I enrolled my name for the same and finally, I got the chance to participate in the course. During that course, and many others afterward,  I learned so many things about the different aspects of coaching and delivering the sessions, and I realised that it is actually more difficult to become a coach than an athlete”.

“After all these camps and personal training sessions with my current athletes, I learned one important thing: coaching is the continuous learning process in which every day you get to learn something new from your athletes and real-life scenarios. The key to being a good coach is to keep your mind open to accept new things, add new ideas, keep innovating and reading books and having a good understanding of new technologies”, explained Pooja.

Especially, coming from a country like India, where having a female coach is not so usual. “I feel athletes are not yet used to train under female coach so sometimes they don’t easily trust your way of coaching. You need to work more and show them proof to make them believe your ideas. We as females have to go through many challenges to reach to our destinations but that’s what makes us strong. And as an athlete and now coach, I believe that all the challenges come to us for a reason which makes us more powerful, knowledgeable and mentally strong”.