“Having paratriathlon included on the programme for the 2018 Gold Coast Commonwealth Games is great news,” said ITU President and IOC Member Marisol Casado. “I can’t imagine a better place for paratriathlon to be tested on the Commonwealth Games programme than Gold Coast, which hosts many ITU events & is a mecca for the sport of triathlon. Paratriathletes will no doubt enjoy fantastic support in the coastal city.”

“The Gold Coast will be a hub for triathlon and paratriathlon activity at both the elite and age group level in 2018 with both the ITU World Triathlon Series Grand Final and the Commonwealth Games hosted there,” said Casado. 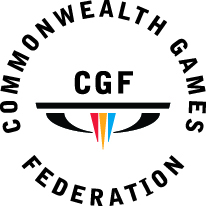 Welcoming the inclusion, Commonwealth Games Federation President Louise Martin CBE said: “We’re thrilled to be working with ITU and Gold Coast 2018 organisers GOLDOC and debut Paratriathlon on the CGF sports programme at the upcoming edition of the Commonwealth Games. Building on the enormous success and profile of the Triathlon competition at Glasgow 2014 and internationally, I’ve no doubt that this will be an incredibly exciting addition to the Games schedule”.

Today’s announcement represents an increase of 45% more athletes and 73% more medals compared to the record-breaking para-sport competition at Glasgow 2014.

There will be an equal number of men’s and women’s events across all seven para-sports, further demonstrating the Commonwealths Sports Movement’s commitment to equality and inclusion.