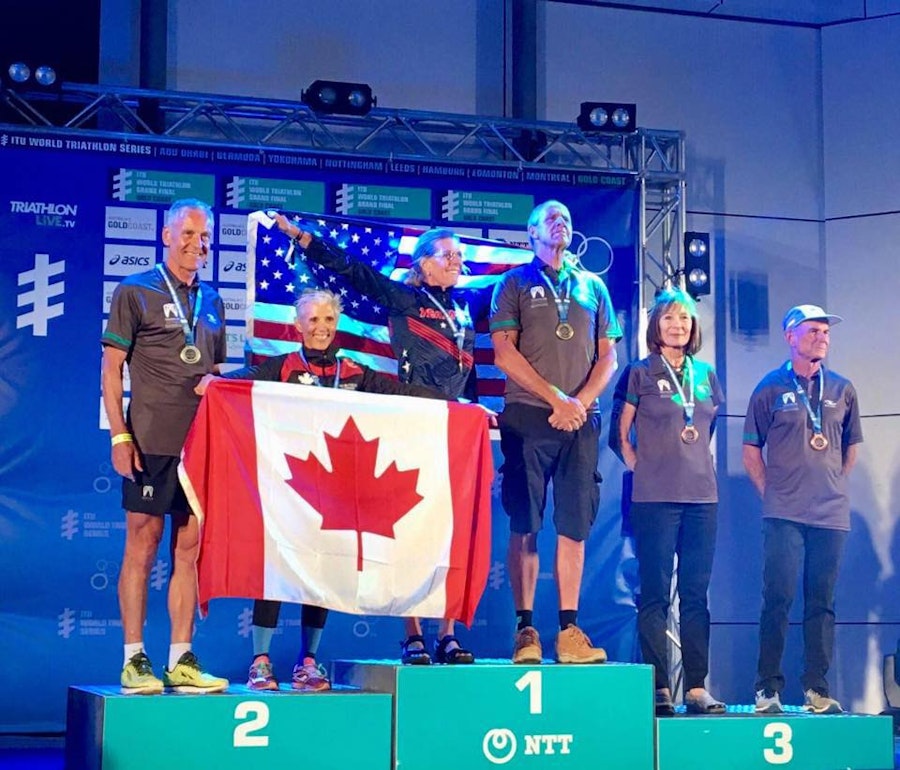 She Loves Tri: Despite a shocking accident in 2012 which left Louise Atkinson with severe concussion and 18 fractures to her body, she continues to show the world of triathlon her incredible strength and ambitious nature. The Canadian has proudly stepped onto the World Triathlon podium five-times, claimed a gold medal and has competed in every ITU World Triathlon Grand Final since 2013 and also back in 2010.

Triathlon has paved a road to recovery for Louise Atkinson, an age-group triathlete representing Canada. Since 2006 the sport has been a way of life for the 68-year-old, who has competed in every ITU World Triathlon Grand Final since 2013 and also back in 2010. The French-Canadian triathlete has a string of impressive achievements under her belt, each showcasing perseverance and ambition.

In 2012 Louise Atkinson was shockingly hit by a car at the age of 62. The driver of the other vehicle was asleep at the wheel, at the time of impact.

The accident left the Canadian triathlete with eighteen fractures, severe concussion and many other associated injuries. She woke up three days after the accident. Doctors could hardly believe that anyone could survive such a horrific incident.

This was life shattering for an extremely active and motivated woman, who trained regularly and always looked ahead to challenge herself and aim for start line goals all over the world. The Quebec-based triathlete has been involved in the sport of triathlon since 2006, a ‘World Triathlete’ since 2010 when she raced for Canada on the world stage at the Dextro Energy Triathlon - ITU Triathlon World Championship Grand Final Budapest.

“For me, triathlon was always a way of living. I got depression after my divorce in 2006 and the sport helped me through it, I did my first sprint triathlon the same year.”

At 62-years-of age, she was determined not to be confined to a wheelchair and within 11-months of the accident, was back on the triathlon circuit, powering ahead with training and racing.

For the first four months after the accident, Aktinson was bound by a body corset that had to be worn at all times. One year on, after a great deal of patience and endurance, Louise lined up and competed at the 2013 Ottawa ITU Duathlon World Championships, where she claimed the gold medal in the 60-64 age-group sprint race. 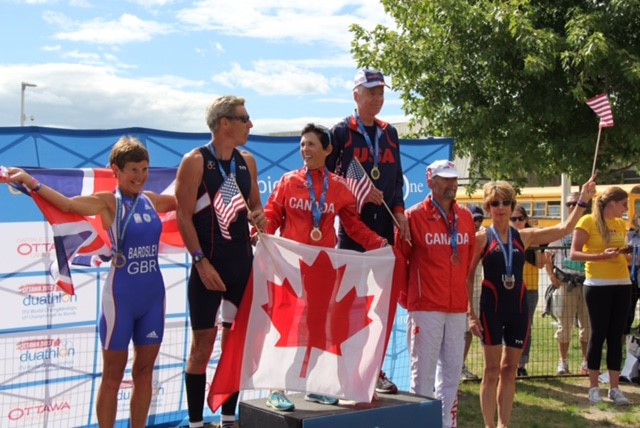 This defined her return to the sport, where she could put the accident and injuries behind her. The gold medal represented her strength, hard work and come back.

“This helped me a lot. I told myself that next Summer I would be back on the circuit and 11-months later I was. Every little gain was 100% for me.

“For me triathlon is a big family. I get a lot of pleasure from training. It motivates me. The day when it is not fun anymore, I will quit but it will not be today or tomorrow. And being retired, I do it almost full time. Since the accident, I do need more rest and hours of sleep.

“I have made very good friends through triathlon, some I met in transition! We are a family, the triathletes, everybody is willing to help each other and I do appreciate that.

“Triathlon is not 3 sports; it is 7 altogether. Swim, bike, run, transition, food, rest and very important the mental.”

In 2017 Louise Atkinson made it on the prestigious World Triathlon podium, representing Canada, at the ITU World Triathlon Grand Final Rotterdam where she was awarded with the bronze medal.

In 2018 Atkinson once again represented her country with pride at the ITU World Triathlon Grand Final Gold Coast where she produced a fantastic race to earn the silver medal, in her age group, in the standard distance world championship race.

“I had the race of my life. I worked very hard to get a medal in beautiful Australia. My goal for 2019 is to qualify to compete at the ITU World Triathlon Grand Final, Lausanne.”

She Loves Tri.
Louise Atkinson continues to show the world of triathlon her incredible strength, ambitious nature and inspires and influences so many women into the sport. The Canadian has proudly stepped onto the World Triathlon podium five-times, claimed an outstanding gold medal and we look forward to seeing her future sporting achievements on the world stage.

“There is more and more women coming into the sport, any age, any form and that is wonderful! Triathlon builds strength inside us all. I am lucky because I am still strong and 2018 was my best year! I hope to have another wonderful year, having fun always comes first and then wanting a good result.” 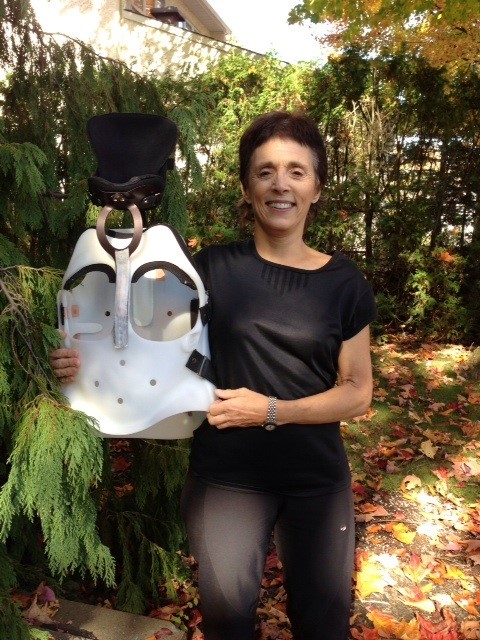 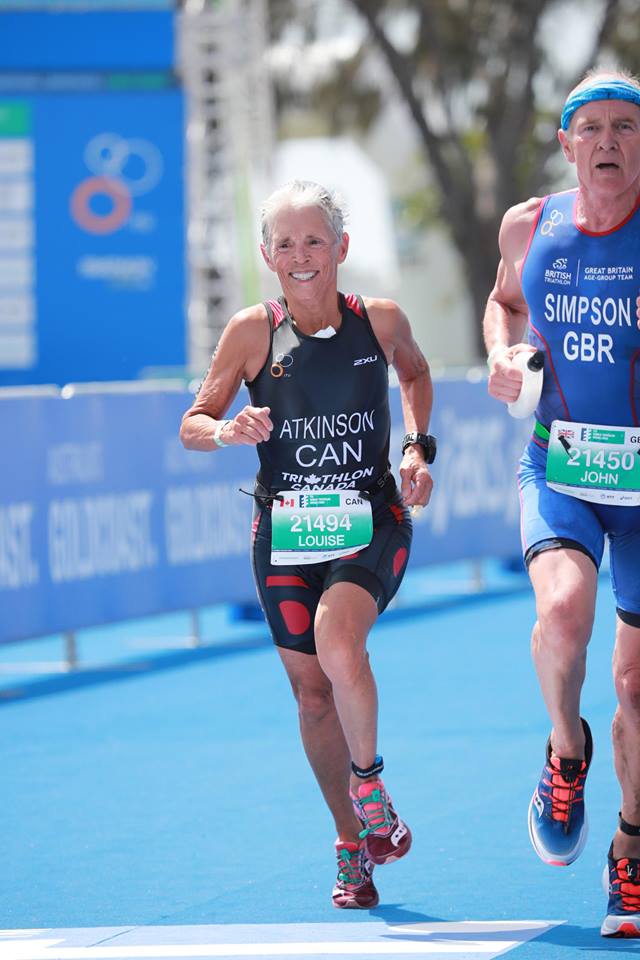