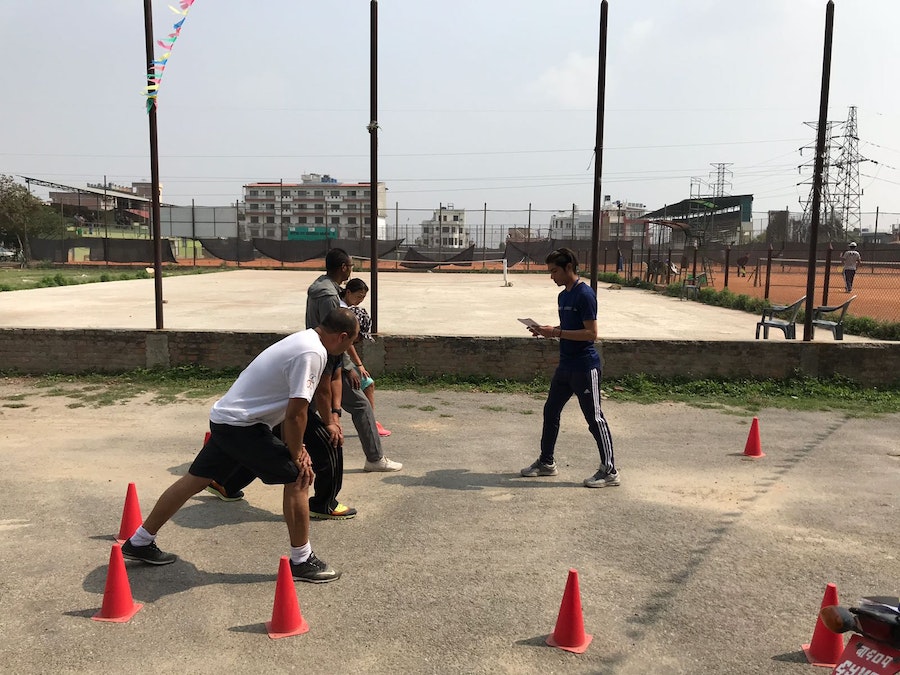 Three years on from the devastating earthquake that hit Nepal in April 2015, ITU Development returned to Kathmandu this month to host a Level 1 coaches course. With help from the Olympic Solidarity fund, the course provided coaches with the opportunity to learn the latest international training methods and information and acquire the first ITU qualification, vital for the continued growth of triathlon in the region.

A total of 10 coaches took the course, focussed on giving them the tools and abilities t plan, deliver and review basic triathlon sessions, but also to work unsupervised. The course was based on the principle of providing extensive background reading material and video content for coaches. The face to face contact element was focussed on utilising the precourse reading and applying in group classroom based tasks, and in micro coaching sessions, where the candidate coaches were required to coach each other and demonstrate appropriate coaching knowledge and skills.

“Despite being limited by technical coaching experience and training resources, the coaches came with great enthusiasm and commitment. They were taken out of their comfort zone most of the time during the five days, however their tenacity is evidence that the Nepal Triathlon Association has a bright future and a federation to look out for within South Asia in the near future,” said Lee, one of the ITU Facilitators.

“We have been privileged to facilitate this amazing group of coaches. Nepal Triathlon Association has created a great comradely among all the coaches, they work together towards the same goal as a united family and this is without doubt their strength. We predict great things will happen in the region very soon” said after the course Vicent Beltran, also an ITU Facilitator.

“I hope to attract more women and children into our sport and influence the community through my coaching. In our culture, there is a lack of female coaches on the whole although there is a huge demand for them. I hope to fill the gaps and grow the sport,” said Laxmi Magar, the only female coach participant in the course.

For Manish Maharjan, another of the coaches, the experience was also fruitful. “I have gained much experience through this coaching course and I hope to see myself assisting the senior coaches in our country and working with youth athletes in the near future.”

The course took place in a country that has been doing great efforts to develop the sport of triathlon.

“The Olympic Solidary grant is vital in the coaching education of  our member National Federations. After Tunisia, Lebanon and Venezuela, Nepal hosted the fourth OS-ITU coaching seminar this year. The close cooperation  between the Olympic Solidarity and ITU also helps to strengthen the working relationship between the respective National Olympic Committee and the National Federation with the benefit to all, ” said Zita Csovelyak, ITU’s Development Senior Manager.

In 2015, an ITU solidarity campaign raised more than USD$10,000 in emergency funds to help the recovery operation of the devastated country after the earthquake.

”It really is an honor to see that the funds raised by the triathlon family are currently being used to help Nepalese students, as well as young triathletes, who now have new facilities to learn and practice”, said ITU President and IOC member, Marisol Casado.

A Triathlon Talent School was also created to help unearth promising young athletes and using the power of sport to help the recovery effort. Some of those young talents will have from now on coaches to help them in their path to triathlon success.