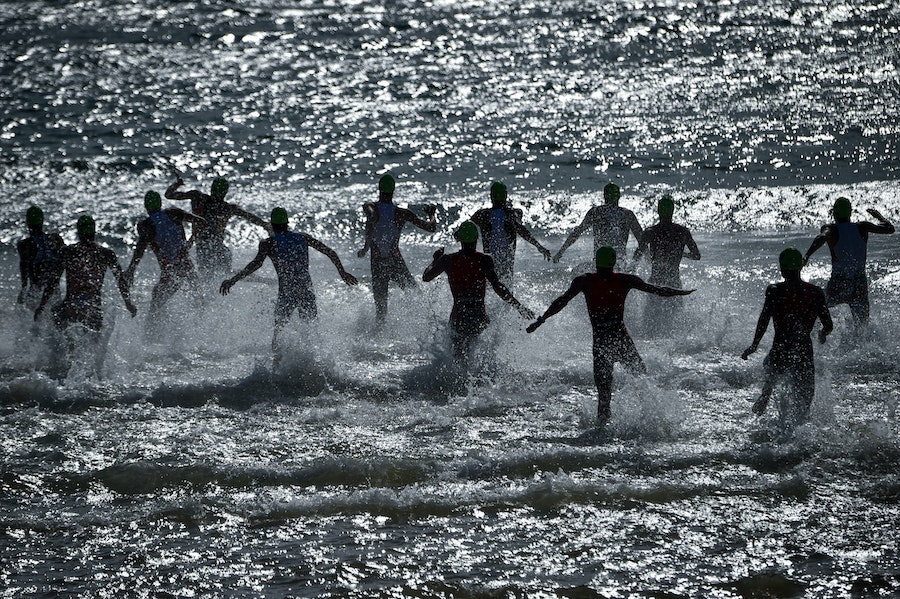 The sprint-distance course starts with a 750m swim from the white sand of Haeundae Beach, the most famous beach in the region and contributing to the beautiful coastline of Busan. The course is compact and encircles the venue with a 20km bike segment (5-laps) and will close with a 5km run (4-laps).

A mix of Olympic experience, World Triathlon favourites, fresh talent and newcomers to the international stage, will line-up on the iconic beach to race for World Cup glory and valuable ranking points.

Watch the races on TriathlonLIVE.tv and if you miss them, they will be available on-demand soon after the stream ends.

Headlining the women’s field is Japan’s Niina Kishimoto, not long after making her Olympic debut at Tokyo 2020. Hungary’s Zsanett Bragmayer is a notable contender, fourth at the recent World Triathlon Championship Hamburg and 11th at the Tokyo 2020 Olympic Games. Great Britain’s Beth Potter will be one to watch and is known for her ability across all segments, especially her striking run set-up. In 2020 Potter earned World Cup gold in Valencia and the silver medal in Arzachena.

“I am really looking forward to racing here in Haeundae. We’ve been out training while we’ve been here and it’s a stunning location on the beach right in the middle of a city. Looking forward to getting out there on Saturday!” said Beth Potter.

The elite women’s field will feaure some of the rising stars of the sport including Australia’s Emma Hogan, who will make her World Cup debut in Haeundae, Great Britain’s Kate Waugh who was 9th across the line in the World Triathlon Championship Series Hamburg and Italy’s Bianca Seregni who claimed the bronze medal in the 2021 World Triathlon Cup in Karlovy Vary.

Korea Triathlon Federation will be well represented with 11 women racing for valuable World Triathlon Cup points in Haeundae, in front of a home crowd.

Review the full elite women’s start list and watch the race on TriathlonLIVE.tv from 0830AM local time.

Japan’s stars of triathlon will lead both fields onto the most famous beach in Busan with, Takumi Hojo, wearing number one in the Haeundae World Triathlon Cup elite men’s race. Hojo has been a standout in recent World Triathlon Championship Series stage, proving himself among the best in the world when he claimed 9th place in the 2021 World triathlon Championship Finals Edmonton.

Felix Duchampt who recently represented Romania at the Olympic Games in Tokyo is thrilled to be racing at the new World Triathlon Cup destination.

“I am very excited for the race, it has been a pretty hectic trip to arrive here but the location is amazing and we can see the Korean Triathlon Federation has worked hard to organize the race and put us in the best possible conditions. The start list is very decent with a lot of good athletes but I feel great, so I hope to show my good form on Saturday!” Felix Duchampt said.

Japan’s Jumpei Furuya and Mexico’s Rodrigo Gonzalez, both fierce competitors with strong credentials on their triathlon resumes, are among the race favourites heading into Saturday’s World Cup. Both Furuya and Gonzalez disappointingly missed out on competing at the Tokyo 2020 Olympic Games and have arrived in South Korea in fine form and fired up to race.

Olympian Delian Stateff of Italy will be hoping for a podium finish if he can hold off the likes of Spain’s Sergio Baxter Cabrera, who claimed 4th place in the 2021 Karlovy Vary World Cup, talented Frenchman Simon Viain and Mexico’s David Nunez over the flat and fast 5 kilometre run course. Nunez proved what he was able to do with a brilliant performance, in hot and steamy conditions, in the 2021 Huatulco World Triathlon Cup where he crossed the line in 4th place.

Review the full elite men’s start list and don’t miss the action by tuning in from 1030AM (local time) on Saturday 23rd October.