The 2015 annual Congress for CAMTRI represented an important year of elections, during which Carlos Froes of Brazil was elected the new President of the Confederation.

“Heading into the Olympic year in Rio, I applaud CAMTRI electing Carlos as the new President of the Continental Confederation. I have no doubt that he will successfully lead the CAMTRI National Federations in these important months to come and those to follow the Olympic Games,” said ITU President and IOC Member Marisol Casado. 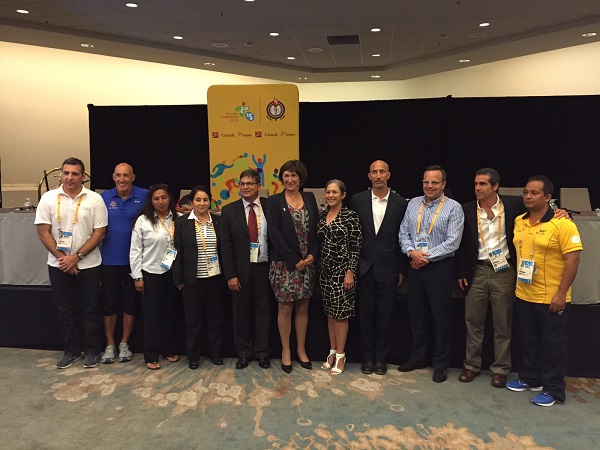 ITU would like to welcome Froes into the new position, as well as congratulate all of those who were elected to CAMTRI board and committee positions. For a full list of the elected positions, click here.

The members also approved unanimously to add in the CAMTRI bylaws a new EB position for a North America representative, which the sub-region National Federations decided would be for Barry Siff (USA), making him an official member of the EB.

In addition to the elections, all of the committees reported on their activity. The city of La Paz, Bolivia will host the Junior Pan American Games, and were presented wetsuits from CAMTRI to donate to young triathletes.

In an effort to support its developing athletes, CAMTRI reported that it will this year offer four training camps, which included the 10-day ITU training camp in New Plymouth held earlier this year, as well as a camp held at the Huatulco World Cup. CAMTRI will also offer a 15-day camp in Rio ahead of the Test Event, as well as a training camp in Canda for Elite, Under23 and Junior athletes.