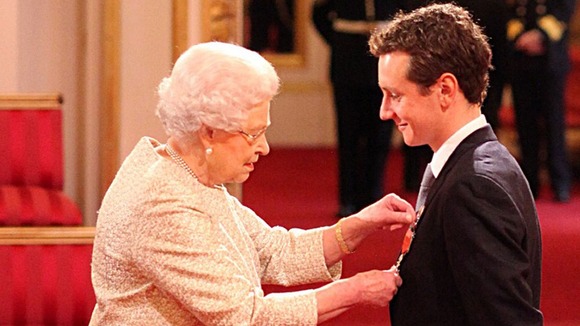 Alistair Brownlee was recently invited to Buckingham Palace by the Queen Elizabeth II where he was personally awarded an MBE by the Queen. The award signifies that Brownlee is now a Member of the Most Excellent Order of the British Empire.

The order of chivalry is one of five civil and military classifications of civil, with knighthood the highest order.

Brownlee became the first Brit to earn a medal in triathlon at the 2012 London Olympics. Not only did Brownlee earn Great Britain its first triathlon medal, he scored gold in his home country. Brownlee has also won at least one World Triathlon Series since the circuit’s inception in 2009 and has topped the podium at 12 WTS race, which is three times more wins than other any male athlete in ITU history.